MDC-T leader Thokozani Khupe has recalled an astounding 84 councillors, among them three mayors, who belong to the rival MDC Alliance party led by Advocate Nelson Chamisa. 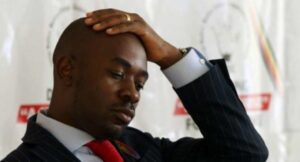 The move has left operations in the country’s major cities and towns paralysed as she recalls them for allegedly crossing the floor.

The most affected cities are Harare, Bulawayo, Marondera, Gwanda, Beitbridge and Victoria Falls.This has effectively crippled Chamisa’s party, which controlled the majority of the country’s 32 urban councils.

“We did recall eight councillors from Bulawayo for one reason, that they have since left the party. It might be sad, but we have to do this. Constitutionally, once one leaves the party, they cannot then claim to be our representatives in council,” he said.

Khupe’s party also recalled five councillors from Marondera and others from Victoria Falls amid reports that the axe would soon fall on Chitungwiza, Kwekwe, Mutare and Masvingo MDC Alliance councillors.

This follows hot on the heels of the recall of 23 Harare councillors, who include former mayor Herbert Gomba, amid reports that the new mayor Jacob Mafume may face the axe, this time from his party the People’s Democratic Party.

Khupe, the former Deputy Prime Minister in the inclusive government has been accused of pushing a Zanu PF agenda targeting MDC Alliance elected officials with a view to pave way for Government appointed commissions to run the cities.

Khaliphani Phugeni however stated that his party was geared for by-elections and the matter would be settled by the people, dismissing allegations of pursuing a Zanu PF agenda.

He said the narrative that the MDC-T was working with Zanu PF to appoint commissions was baseless as the Zimbabwe Electoral Commission (Zec) had made an announcement for by-elections.
On Monday, the MDC-T acting leader recalled Beitbridge mayor Morgan Ncube and two other councillors, Granger Nyoni and Agnes Tore.

The MDC-T leader recalled 22 MDC Alliance Members of Parliament, whom she claimed had ceased to be members of her party ever since the March 30 Supreme Court ruling that retained the 2014 structures after nullifying Chamisa’s appointment by the late former MDC-T leader Morgan Tsvangirai in 2016.

However, the MDC Alliance remained defiant yesterday, insisting that by-elections would end the chaos.

Zec lifted the suspension of elections and will announce dates for holding of by-elections.

She said the electoral timelines for pending by-elections would be announced in due course, adding that stricter measures would be applied in all the processes.
MDC Alliance secretary for presidential affairs, Jameson Timba said the party would fight the recalls politically and legally.

“These unlawful actions are being allowed because there is a serious breakdown of the rule of law in Zimbabwe, further confirming the Zimbabwean crisis,” Timba said.
“We will respond to the recalls legally and politically. Legally, we will do so to set the record straight and for posterity. Politically, we will end this Zanu PF-Mwonzora-Khupe axis of madness by restoring the people’s will in an election.”

ANC hearding back to Zimbabwe to meet other stakeholders