EMBATTLED self-proclaimed prophet Shepherd Bushiri and his wife have fled to Malawi ostensibly for their safety, a week after being granted R200,000 bail by the Pretoria magistrate’s court.

Bushiri, his wife Mary, Landiwe Ntlokwana Zethu and Willie Mudolo, are facing charges of theft, money laundering and fraud in connection with an alleged R100m investment scheme. The Bushiris and their co-accused were released on bail last week Wednesday after their arrest last month.

The Bushiris’ bail conditions saw them barred from travelling outside South Africa. In a Facebook post on Saturday, Bushiri announced that he and his wife had arrived in Malawi, “because of safety and security issues since 2015. I would like to inform the general public that my wife Mary and I are temporarily in our home country, Malawi, because of safety and security issues since 2015, matters that got worse when we just got out on bail. There have been clear and evident attempts to have myself, my wife and my family killed and despite several attempts to report to authorities, there has never been state protection.” 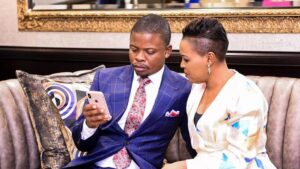 The Enlightened Christian Gathering Church leader Prophet Shepherd Bushiri handed himself over to the Hawks, a crack Police Unit in South Africa. His wife Mary was arrested at her home in Sandton. Bushiri and his wife are of Malawian origin. There are out on bail of R200 000 each.