The ruling party ZANU PF recently said that the party’s succession jigsaw puzzle  would always be guided by its constitution and remained a straitjacket, where only the most senior party official would succeed an incumbent party leader.

At a Press briefing in Harare on Wednesday, acting party national spokesperson Patrick Chinamasa stated that Zanu PF remained guided by it’s constitution in dealing with the succession question.

“Zanu PF has a constitution and under that constitution, we sit as a congress to elect our president,” Chinamasa stated.

“In 1977, a lot of the leaders had fallen by the wayside. The most senior person in rank remaining was (the late) Cde Robert Mugabe and at the congress in Chimoio, he was elected president of Zanu then,” Chinamasa continued.

“In November (2017), exactly on the basis of the precedence of 1977, exactly that is what happened when it became very clear that our constitution was being trampled upon by the G40 cabal and that they were threatening the stability of the nation, the party moved in and we elected, at our December congress, President Emmerson Mnangagwa as leader of Zanu pf.”

Chinamasa also said that Mnangagwa had become the target of the G40 cabal as it was clear, by virtue of him being the most senior person in the party, that he was going to take over as president of the party and country.

The succession issue in Zanu PF has remained a thorny issue.

There have been numerous factions formed with alliances constantly shifting in the ruling party, whose previous much publicised clashes pitted current President Emmerson Mnangagwa (then Justice Minister) against former VP Joyce Mujur, who now leads the NPP political party.

The Mnangagwa and Mujuru factions were nicknamed the “weveals” and “gamatox” reflectively. Their clash was on who should succeed then President and longtime ruler, the late Robert Mugabe.

After the defeat of the Mujuru faction, senior officials from the faction were purged from the ruling party most notably Didymus Mutasa (former Secretary for Administration), Rugare Gumbo (former party spokesman) and Mujuru herself among others.

The triumphant Mnangagwa faction then immediately split into 2 factions in 2014, which saw the birth of G40, a faction that sought to elevate former first lady Dr Grace Mugabe into the presidency, to eventually succeed her husband the late former President, Robert Mugabe.

The other faction, which eventually won the day and propelled Mnangagwa into power was nicknamed Lacoste. It enjoyed army support, which it successfully used in November 2017 to carry out a coup against Mugabe.

The G40 faction was mostly made up of the party’s young turks, who wanted a generational renewal within the party’s leadership. The faction’s most notable proponents are Exiled former cabinet ministers, Professor Jonathan Moyo, former party Commmissar Saviour Kasukuwere, Former Labour Minister and Mugabe nephew Patrick Zhuwao, former Manicaland Minister of State, Mandi Chimene and former finance minister Ignatious Chombo among others. The faction also enjoyed the support of the then youth league leadership as well as the Women’s league which was led by Grace Mugabe herself.

Mnangagwa, in 2004 led a foiled palace coup dubbed the “Tsholotsho Declaration” which sought to catapult him from a distant position in the party hierarchy to the vice-presidency that could have immediately positioned him to take over from Mugabe.

Zanu PF secretary for war veterans Douglas Mahiya supported Chinamasa, saying the most senior person in the party automatically took over.
Mahiya said: “We are guided by the revolutionary fundamentals to continue with the revolution forever.

“We were very clear, we did not tell the former President to resign; we did not say he must go away.

“We simply told him (Mugabe) that when your time is up, you do not mislead the nation or do the wrong thing against what is dictated by the revolution to give the power of this country to any other, other than the people.”

Mahiya said Mnangagwa was the most senior person to take over from Mugabe.

Chinamasa said a lot of developments occurred before and during the coup period, but the party was not yet ready to disclose them at the moment.

“Behind the scenes, a lot took place, but it is too early to say. The further from November 2017, the more likely we are going to tell you,” said Chinamasa.

He said that succession in Zanu PF was a straitjacket and while it allowed everyone to manoeuvre “within the straitjacket, no one could manoeuvre outside of it”.

Chinamasa described the month of November as a “sacred month” for the party and the country” as it gave birth to a “new dispensation” after years of “regrettable events”.

“We are yet to heal. These were the worst ever days in the chapter of the life of our President, Cde ED Mnangagwa, worse than the hanging sentence because then, it was the enemy he had chosen to fight against notwithstanding any consequences.”

Chinamasa said the party had “already won” the 2023 elections two years before the polls are held despite several challenges the party has faced in turning around the economy that include natural disasters.

Chinamasa did not explain how the party “has won” the elections but told journalists that under Mnangagwa, the government had weathered the storm and was on the right track.

“2023 is a dead rubber election. It’s over before voting,” Chinamasa declared.

He added that the ruling party had faced its fair share of challenges, including the COVID-19 pandemic, Cyclone Idai, sanctions and violence, among other factors. 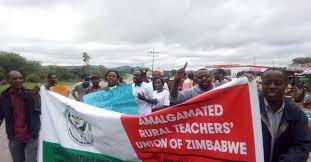 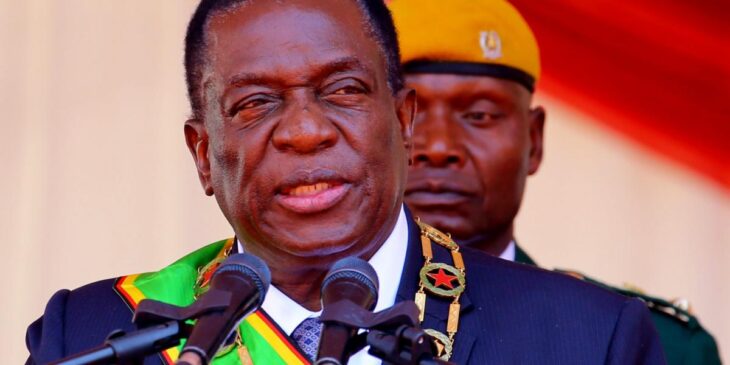 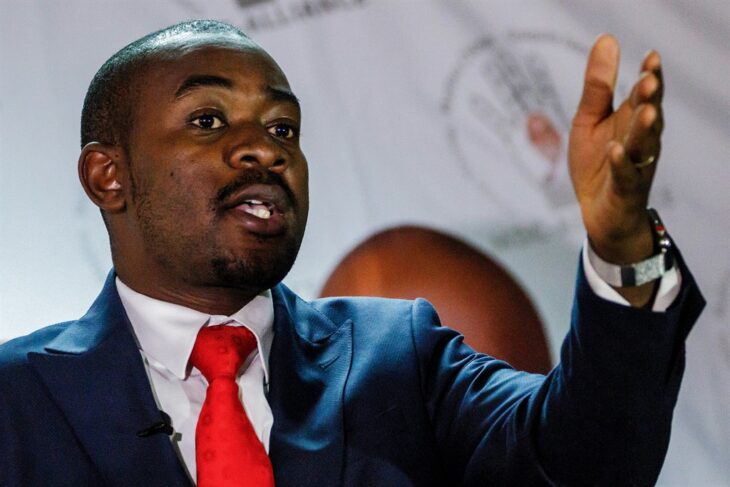