Murder inflicts great loss in the lives of loved ones of the deceased, it damages the community by scaring everyone living in it.

When one goes to Murewa, Mashonaland East, it looks natural and lovely but now terror has griped many when one come to think of the heinous crimes that are reportedly happening in the village under Chief Mangwende.

People in Murewa are yet to come to terms with the sudden rise in murder cases and they are expecting charges to be laid imminently against all the murder suspects.

In Nyamburi Village, a grandfather was killed by his grandchild who accused him of being a witch and authorities in Murewa are investigating the case.

In Marumisa Village, the same case also prevailed where a boy killed her uncle and aunt accusing them of witchcraft and then went away unnoticed.

Yesterday, a man was caught cheating with someone else’s wife and the husband killed him. Today a man named Franko a jegger in Murewa center was reported to have been brutally killed by unknown people who dumped him near the police station.

Meanwhile, residents in Murehwa are leaving in fear because of the murder case.

A whatsapp message went viral yesterday that was alarming people about the murder cases in Murewa. 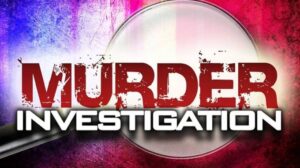 All this came following a ritual killing of an innocent little boy Tapiwa Makore who was murdered in September last year in Nyamutumbu Murewa and was finally buried on Saturday with missing parts which was an abomination in country as was reported by Chief Mangwende.