Government has urged students in boarding schools to remain at school during the Independence holidays as part of efforts to curb the spread of  Covid -19.

Cabinet yesterday ordered all boarder learners to remain at school to minimize social contract over the holiday weekend.

The Information, Publicity and Broadcasting Minister Monica Mutsvagwa advised citizens to maintain a high level of alertness and abide by the preventive measures.

”Cabinet is advising citizens to maintain a high level of alertness and adhere to the preventive measures already in force,

”This includes during the impending 41st Independence Day anniversary when gatherings of more than 50 persons will be prohibited.” Mutsvagwa said.

Mutsvagwa added that learners should be protected in the coming Independence holiday in order to avoid Covid -19 Infection Spike like what happened during the Christmas and New year holidays.

”In order to protect learners during the forthcoming holiday and avoid the Covid-19 Infection spike as happened over the Christmas and New Year Holidays, Cabinet has directed that all learners at boarding schools remain at their respective schools during the  Independence in order to avoid travel congestion and minimize chances of contracting the virus.” She said. 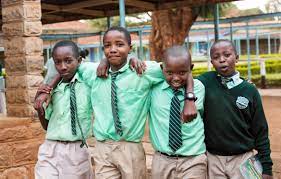 School heads were urged to observe the government’s directive.

”All school heads without exception are required to observe this directive which is in the national interest.” She said.

Cabinet noted that due to the strong Covid -19 Surveillance system, last week’s outbreak at Sacred Heart School in Umzingwane District of Matebeleland South Province was easily detected and dealt with.

Tendai Biti Bounce Back To Parliament

27 Test Positive For Covid-19 In Kwekwe