Environmental Management Agency (EMA) has today hosted a clean up campaign at the Mabelreign Town Centre in preparation for the Nation’s 41st Independence anniversary commemorations.

This comes following government’s initiative to that clean up communities every week in this month of April to commemorate the Independence Day.

Board Members of EMA that were present during the clean up campaign include, the Manager of Monitoring and Evaluation Mrs Mutepfa, Documentation Officer Godwin Mandioma, Senior Environmental Education and Publicity Leon Mutungamiri and Joyce Shingai Chapungu who all said they are striving to ensure that the environment is kept safe and clean.

Clean Up Campaign At Mabelreign Center in pictures. 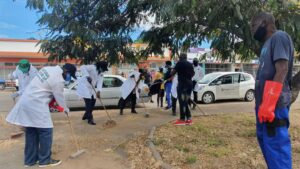 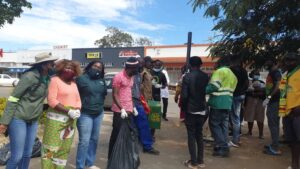 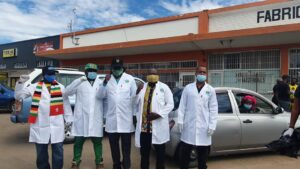 Members of the Zanu Pf Harare Province Youth League were present during the clean up campaign. 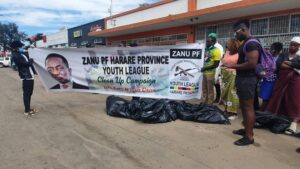 In Zimbabwe the Environmental Management Act (Cap 20:27) states that, every person has a right to a clean environment that is not harmful to health. It is everyone’s responsibility to protect the environment. 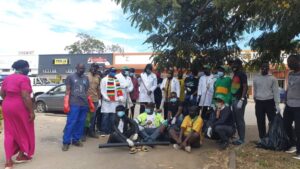 In an interview with people at the event we found out that most people had already started celebrating the Independence day.

”This is a beautiful day and we are educating people not to throw litter everywhere as we are already celebrating the 41st Independence Day in advance here in Mabelreign.” Said Luckson Muzondo.

Another added that, during the Independence Day they will be observing the measures that were announced by President Emmerson Mnangagwa.

”Well am happy that we are going to celebrate our freedom in a clean environment as EMA has been coming since last week,

”We will be celebrating Independence observing the measures that were set by the President Mnangagwa of not more than 50 people on a gathering.” Christian Ostin Tsatsa said. 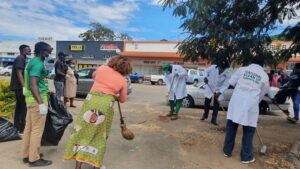 Workers from the City council were happy to be assisted by EMA, ZanuPF youths and everyone that were present during the clean up campaign.

”We are very happy and honored to be assisted by everyone, this is a good program that we wish should continue taking place, there is a lot of work in Mabelreign Park as we were at home during the lockdown.”  They said. 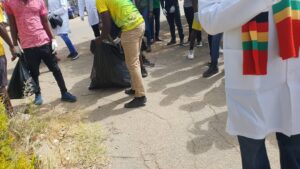