A Chivhu woman who made headlines sometime in November 2020 for the alleged killing her four children following an argument with her husband has been  granted bail.

The woman, Emelda Marazani, 29, who beheaded her four children and set her home on fire before surrendering herself to the police had been freed on bail by the High Court.

Last year, it was reported that Marazani of house number 4171 in Highview suburb, Chivhu took a rope and tied the two of her elder children before slitting open their throats with a knife then went on to kill the other two children with a knife before setting the house on fire.

Emelda was then taken to the hospital after she attempted to commit suicide and was later arrested. 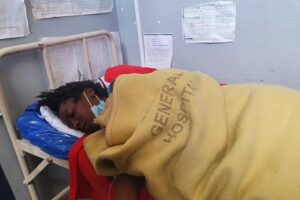 Corporate Sector Urged To Accommodate Ex Prisoners Back Into The Community