Chitungwiza Municipal Workers Union (CMWU) has given the council until May 16 to address their poor working conditions or face strike.

Addressing to acting town clerk Evangelista Machona yesterday, in a letter, CMWU president Ephraim Katsina expressed their hopes on council to do the right thing.

He said they intended to embark on strike on May 17 if at least 80% of their grievances are not addressed.

“We hope you will do the right thing, that is, to engage workers as opposed to wasting ratepayers’ resources by hiring lawyers to defend genuine workers’ concerns. We know it’s your right to do so, but some issues just need engagement with your workers through their representatives,” the letter read.

Katsina reported that, the workers embarked on a go-slow yesterday up to May 16 before they embark on a full-blown strike if their demands were not met.

“We are not going backwards, starting from today, we will be on a go-slow and our grievances are over, poor working conditions and hazardous working environment- non remittance to third parties like, pensions, medical funeral, union which dues, we want residential stands,” Katsina said. 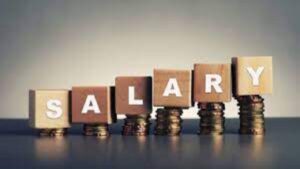 He added that, workers were demanding to be paid in their full salaries before 25th of each month.