Teachers unions in Zimbabwe have told their members to stop conducting extra lessons, saying they are a burden to some guardians who cannot afford them.

They argued that conducting extra lessons spoil the struggle for a real wage as those in elite schools opt  for the quick money and abandon the broader struggle.

The representatives said it was government’s responsibility to ensure that the welfare of teachers was well-catered for, but extra lessons burden parents who have to pay extra cash after they have already paid fees.

Teachers in most schools, are currently reporting for duty for only two or three days per week, citing incapacitation after salary talks with government reached a deadlock and their agreement have not been addressed by the state yet.

Teachers are demanding to be paid USD$520 OR USD$550 or equivalent in the local currency.

Amalgamated Rural Teachers Union of Zimbabwe president, Obert Masaraure said learners from poor backgrounds whose guardians can not afford the required amounts were being excluded from the education system.

“The provision of education and other basic services should be inclusive to deal with the challenge of inequality in our society,” Masaraure said. 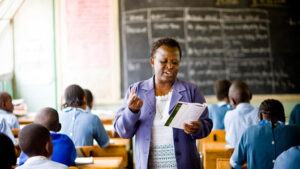 ”We do not encourage our members to conduct extra lessons and demand cash because the practice gives parents an unnecessary burden.” Majongwe said.

He however added that extra lessons helped in the Zimsec pass rate last year.

”But we must not ignore the fact that if teachers were not conducting extra lessons  last year, the pass rates that we are talking about would have been reduced to single digits,” he said.

Some teachers had established makeshift schools at their homes, where they charge between US$5 and US$10 per subject for secondary school students and up to US$5 for primary school learners per month.