President Mnangagwa also presided over the ground breaking ceremony for the Muchekeranwa-Wenimbi pipeline. 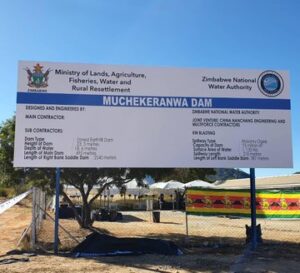 ”Muchekeranwa Dam sits on Macheke River, the boundary between Manicaland and Mashonaland East Provinces. With a meter capacity of 75 million cubic meters, the dam has a potential to irrigate  2 250 hectares of land and supply water to Marondera town and surrounding farms.” He said. 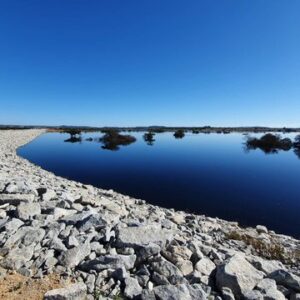 It has been reported that families whose homesteads were close to the dam were relocated into open spaces in the same area.

Furthermore, the relocated farmers are now part of the Machiki Irrigation Scheme. Government availed $2,7 million as compensation to be shared among displaced farmers.

The dam project was funded by the government to the tune of US$5 million. It has a storage capacity of 75 000m3.

Causeway Dam is at the boundary of Mashonaland East’s Marondera district and Manicaland’s,  Makoni district. 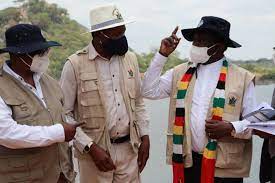 The areas that will benefit from the dam are Svosve in Mashonaland East province and Chiduku in Manicaland province.

Government On A Drive To Provide Internet In Schools –

Information and Communication Technology (ICT) Minister, Jenfan Muswere says the government recently launched an e-learning strategy for schools that will…