The government has announced the exact number of people that have been vaccinated thus far.

Speaking during a post Cabinet briefing, Information, Media and Broadcasting Services Minister Monica Mutsvagwa said 34 400 people were vaccinated countrywide in the first two weeks of the roll out of the programme.

”Cabinet wishes to inform the public that the covid-19 roll out programme is well course, with a total of 34 400 people vaccinated countrywide as of day 12 of the campaign.” Mutsvagwa said.

The Minister reported that, the progress that has been made in the initial stages of vaccination programme has resulted in Cabinet approving the second stage of vaccination drive. 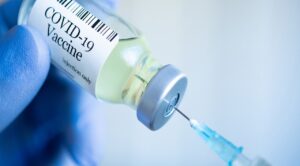 Furthermore, the minister said, only approved medicines will continue to be used.

”All those intending to procure vaccines for their employees must procure only registered vaccines.” She said.

Two weeks ago, government launched a nation wide Covid-19 vaccination programme targeting the frontline workers after receiving a donation of 200 000 doses from China.

She added that only trained and registered health professionals shall be authorized to administer vaccines.

”Frontline workers are covered in the first phase while the vulnerable groups with chronic illness such as TB, cancer and diabetes will be covered in the second phase.” Mutsvagwa said.

Meanwhile, four vaccines have  so far been approved in the country by the Medicines Control Authority of Zimbabwe.

At the same time, she reported that Cabinet has now given thumbs up for the national e-learning strategy, planned to run over the next five years .

27 Test Positive For Covid-19 In Kwekwe