The Harare Central  Business district (CBD) ranks which accommodates public transport vehicles have  been  marred by overcrowding, with  people queuing for long hours as they wait for ZUPCO transportation which are few and seem not able to cope with the high demand for public transport services, situation that is so bad that commuters fail to arrive at their destinations on time.

Commuters have complained endlessly about the poor service delivery by ZUPCO bus operators which most of the buses are in poor condition, which puts the lives of the public at risk. This is above the usual problems like fuel shortages which also affect the sector, hence there is  need  for a long lasting solution and efficient service delivery.

The President indicated that the initiative is part of the government’s plans to ensure better service delivery. He said that it  is also meant to  lessen the long lines at bus termini as well as to modernize the public  transport  sector .

The President ordered the police to continue manning security checkpoints to  ensure that only  designated  operators under the ZUPCO umbrella continue to be the sole providers of  public transportation adding that there should be stiffer penalties for pirate operators.

“Private  transport  operators  had  abused  government  empowerment  initiatives  extended  to  them  over the  years  through  charging   exorbitant  fares  and  failure  to  provide  good  customer  service.” The President said.

There is hope that transport system will improve as number of public utility new fleet rose to  212.

“Over  the  years  our  transport  sector  has  been  opened  to  private  players as  an  empowerment initiative .This  has, however, presented pertinent and unique  challenges .Our  commuting  public  have  often  been  subjected  to  poor  services  unsafe  travel  and  unsustainable  fare  structures.” He said.

Mnangagwa  urged  the public  transport sector  to  give  due  regard to safety, orderliness and  good  customer care  within  the sector .

The ZUPCO initiative is part of the government’s drive to modernize the  public transport sector. This has seen the President striking a deal with  Belarus  for the provision of buses, and the authorities expect the move to bring  efficiency in the  public  transport sector as well as low and stable prices.

According to the Zimbabwean government, Belarus offered to help the Southern African nation develop into a  regional transport hub using  its  own  experiences. The Eastern European nation reportedly promised 500 buses to Zimbabwe with the  possibility of increasing the number in future.

While the move by government to increase the number of ZUPCO buses is a welcome move, there is still need to work with independent private operators as the ZUPCO buses on the ground are not yet able to meet the demand. The government should be able to find a way to accommodate private operators whose vehicles are in good condition and put measures in place to ensure that they comply with road regulations.

One of the major problems facing Bus operators under the ZUPCO umbrella is that of fuel. Most buses are grounded as they spend much of their time in fuel queues, which situation then militates against the government’s drive to improve service delivery. Some operators have questioned the logic behind commissioning more buses while the current fleet is not fully operational due to incessant fuel shortages . 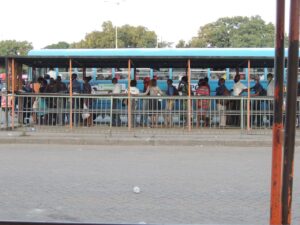 “Fuel  shortages need to be addressed for efficient service delivery.” A Zupco driver who spoke on condition of anonymity said.

Another  ZUPCO  driver cited pressure at  fuel service  station  as  a  major  concern.

He however added that commuters are following Covid – 19 guidelines of maintaining social distancing, proper wearing of face mask and hand sanitization.

More so, Ponesayi  Mapiye a ZUPCO commuter disputed manning of private transport as detrimental saying other  private  cars  are  operating  despite  police  security. He however encouraged a joint operation of private sector and  ZUPCO as a way of reducing overcrowding at Zupco ranks. 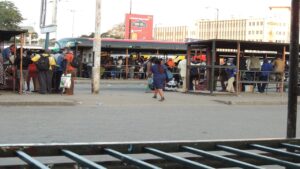