Zimbabwean parents are supporting each other up in arms against the government over its recent decision to suspend Zimbabwe Schools Examination Council (Zimsec) June ‘O’ Level and ‘A’ level examinations.

Most parents interviewed by 263times yesterday said they had spent a lot of money paying for extra lessons, only to be told that examinations had been cancelled.

Government last week announced that it had suspended the June Zimsec that normally cater for supplementary examinations, citing Covid- 19 delays in writing and marking of last year’s November and December examinations which negatively impacted the timing and cycle of public examinations. 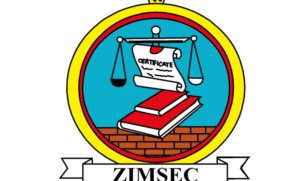 Parents are however complaining that the students will become relaxed and forget what they were taught during extra lessons.

” We do not see the reason why the government suspended the June Exams because this is going to make our children relax thinking they have mastered everything which raise a risk of the learners forgetting what they were taught.” Said Amai Vongai.

Another parent added that it was better for the students to write and delay the results.

”Our children were almost ready for the June Exams therefore it was better for the government to let the learners have the exams and delaying of results is much better than delaying the writing process because they might forget or loose focus.” She said.

Information and Publicity, Broadcasting and Services Minister Monica Mutsvagwa last week said the suspension of June Exams would give teachers and learners more time to focus on the November examinations.

Another parent reported said the government’s decision is irrational and will force learners to lose their acquired knowledge.

”Our challenge as parents is that our views can never be heard because we do not know which offices we have to face but as a parent I am really against this idea of suspending exams because our candidates will lose knowledge by staying too long without writing the exams .” Said Amai Mudha.

Parents are of the view that the nation is actually destroying education standards.

”The nation should work towards raising education standards, not destroying them like its doing, most learners that write in June are repeaters therefore they should not waste their time.” Said a parent who refused to be named.

Efforts to speak to the National Association School Development Associations Committee Chairperson Max Mkandla before this publication was fruitless as his phone rang unanswered.