Three Lobels Limited employees perished in a road accident along Harare-Chirundu highway on Wednesday when their delivery truck collided with a haulage truck.

”The ZRP confirmed a road traffic accident on Wednesday at 184km peg along Harare-Chirundu Road where a foreign registered truck was involved in a head-on collision with a bakery truck as a result of the accident three people died on the spot,… More details are to follow. ” The post reads.

The bodies were taken to Karoi Hospital after police and fire attenders from Karoi attended the scene and retrieved the trapped bodies of the deceased. 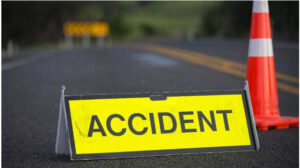 The driver of the haulage truck was also been taken to Karoi Hospital where he is in a stable condition. ZRP said via a post on twitter.