President E.D Mnangagwa is this morning expected to launch AFC holdings, formerly Agribank at a ceremony to be held at the institution’s headquarters in Harare.

This was announced on twitter by the Permanent Secretary in the Ministry of Information, Mr Nick Mangwana.

”Today, HE @edmnangagwa is going to launch the Agricultural Finance Corporation (AFC) Holdings Ltd at Hurudza House.” The post reads.

AFC Holdings is a parent company which holds four other companies. 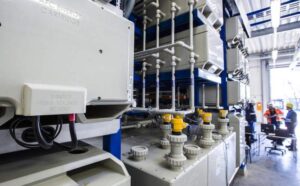 Mangwana Listed the four companies of AFC Holdings which include the AFC Land Development Bank which funds primary agriculture, AFC Commercial Bank which was known as Agri Bank which offers commercial bank services, AFC Insurance for insurance Services to cover both agricultural activities and non agric activities and AFC Leasing.

Zim To Host The 10th PAPU Conference In Vic Falls

Industries Request For Suspension Of The New SI