Socialite and popular business man Genius Kadungure, who died in a horrific car accident last year will be remembered by his friends and fans this coming weekend by wearing black tracksuits.

On May 8, it will mark 6 months since the death of the late socialite, popularly known as Ginimbi.

Wanasai Mutandwa popularly known as Mahwindo, Ginimbi’s close friend, posted on social media this morning, advising people to wear all black tracksuits on Saturday wherever one will be at.

”As Ginimbi’s close associate, I encouraged everyone to wear all black tracksuits wherever one will be this coming Saturday, just in memory of Genius Kadungure.” The post reads.

It has been reported that Tazvi ‘Chief J’ Maka, one of his close friends splashed almost a million Rand this past weekend in Cape town in memory of Ginimbi by doing champagne showers as he used to do when he was still alive.

It was also reported that at the party, people were wearing all white just as Ginimbi used to host his lavish parties.

Meanwhile, Poptain’s song Fadza Mutengi’s song is also becoming a hit at such parties because of its line, where the artist sings, ‘Usakanganwe Ginimbi’ urging people not to forget the Genius Ginimbi when partying. 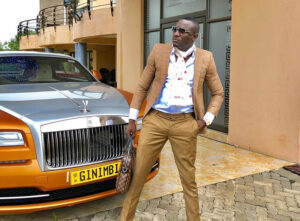