Moana’s sister  Tatenda (Tatts) claims that her sister never liked the party life style but had to do it for her daughter, Tyra.

Moana was amongst the three people who perished in a tragic accident which claimed the life of socialite, flamboyant business man Genius Kadungure last November.

Speaking during a facebook interview with Zimbolive presenter Carol Nyakudya, Tatts said there is a lot of information that people are not aware of but they are quick to judge and shame her family.

”I am ready to talk, people have been saying a lot of nasty things about me, my mom and my family. Vanhu vachitoti heeh mai vedu vaitidzidzisa chihure, do you think Moana would have loved her mom that much if that was the case?” Said Tatts.

She went on to explain what led her sister to start partying. 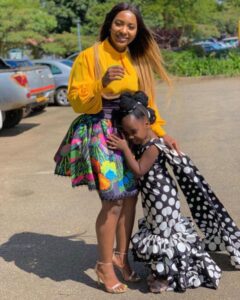 ”Mimie paakazoita mimba, everyone hated her even in the family as some were saying , she was supposed to terminate the pregnancy but she refused and went to stay at her husband’s place, where she was also illtreated to a point that she decided kusiya imba yacho and they told her to leave everything behind.” She said.

She added that her sister faced a lot of challenges.

”She started staying KuWarren Park with only a blanket and a pot, then later Moana started working KuGreenworld then akazodanana nemumwe ex- husband whom she didn’t even love but was in love with his money because the guy was taking care of her daughter and her as well but after sometime she left him because she could not pretend anymore,” Tatenda said.

She continued that after the break up she started focusing with the gym which she really loved doing.

”After that breakup, that is when she started focusing on gym and fitness because she has always loved that and ndopaakatanga kuita zvemaparty. She really didn’t like that life style because she was a private person but she was doing it for her daughter .” She said.

Asked about the relationship between Moana and her father Ishmael-Amuli, she said she did not want to speak about it.

Tatts dismissed rumors that Moana was a prostitute in any way but said that men used her sister. 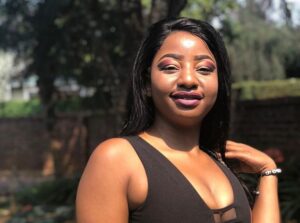 ”People used my sister, dumped her, hurt her but she was never a prostitute”, she said.

When asked about how the death of her loving sister affected her, Tatts admitted to have resorted to abusing drugs and alcohol to lessen the pain.

”I took drugs, alcohol and everything as a way to stop the pain but it did not help me in any way. I did not get professional help. I almost commit suicide. No one understood me , Moana was the only person l had, everything just reminds me of her. I come on social media platforms smiling because I just want people to think  I’m happy.” Tatts said.

Tatts is still grieving the death of her sister, she recently put a tatoo on her skin paying tribute to her sister.

She said she will be releasing a tribute song for her sister which she recently recorded at Chillspot Studios.