Smaller Zimbabwean gold coins, as small as a tenth of an ounce, are expected to go on sale in November from the Reserve Bank of Zimbabwe so ordinary people can invest in them and store value for their local currency, RBZ Governor Dr John Mangudya said yesterday.

The smallest coin, containing just over 3,11g of gold, will cost US$188,48, or local currency equivalent at the interbank rate, at one tenth of yesterday’s price of the one ounce Mosi-oa-tunya. The actual price when it is introduced will be the world price of gold for one tenth of a troy ounce plus five percent minting and distribution fee.

The new move of adding half ounce, quarter ounce and tenth ounce coins follows the very successful launch of the one ounce Mosi-oa-tunya gold coins and its sales since July 25.

Banks have so far sold 4 475 Mosi-oa-tunya since the launch on July 25, with 90 percent having been bought in local currency pulling a lot of surplus cash, probably close to $4 billion, out of the market and bank deposits that would otherwise very likely have been spent on fuelling the black market.

But a lot of ordinary people holding extra cash and liking the idea of investing in gold or preserving the value of some of their savings in gold, have complained that the one ounce coins are far too expensive and have called for the smaller coins.

Excessive demand for US dollars for the import of goods or a store of value has been blamed for the volatility of the Zimbabwe dollar, with the pass-through effect of driving up inflation. The legal and safe alternative of gold coins as a store of value has already dampened the black market.

Some economic analysts had noted that ordinary individuals, despite squeezed incomes for many, still have the critical mass to push the parallel market rates higher as they buy bits and pieces and creating the smaller coins will help stop that as many more people can go for gold.

With the economy largely informal, the smaller gold coins are also expected to encourage the wider use of the Zimbabwe dollar as the coins present a relatively safe haven for investors given the traditional status of bullion, as a good hedge during inflationary periods.

“Following the successful launch of the gold coins on July 25, 2022 and in response to public demand, the bank shall introduce and release into the market gold coins in smaller units of a tenth ounce, quarter ounce and half ounce for sale with effect from mid-November 2022,” he said.

The features, characteristics and the sale terms and conditions shall remain the same as the present trading arrangements. Old Mutual said the gold coins could be an effective instrument in curbing inflation and currency depreciation on savings as they offer a proven value preservation avenue.

The introduction of gold coins, added Old Mutual, comes at a time when market confidence is inherently weak, thus calling for transparency in adopting a global spot pricing system, a position it argued would encourage subscription for gold coins at the same time deterring speculative buying.

In its recent analysis, local stockbroking firm Morgan and Co, said inflationary pressures and currency instability in the country “cements” the investment case in gold coins.

“Gold is a safe haven asset,” it said.

“Global investors typically look at gold as a haven during times of political and economic uncertainty.”

The stockbroking firm added that history was full of collapsing currencies and “during such times, investors who held gold were able to successfully protect their wealth.”

Ms Sharon Sangarwe, who owns a clothing shop in central Harare, said since the release of the gold coins in the market, the black market exchange rate has been generally stable.

“For the past one or so weeks, the rates are stable and if it continues like this, we will be able to accept local currency and invest the profits in gold coins,” said Ms Sangarwe.

Dr Mangudya said the obtaining tight monetary policy stance, coupled with the favourable uptake of gold coins and for mopping up excess liquidity, would continue supporting the stability of the exchange rate and sustain dis-inflation.

With month-on-month inflation declining from 30,7 percent in June to 25,6 percent in July, the central bank anticipates the monthly inflation to further decline by between three percent to 10 percent.

However, the downside risks to inflation in the outlook period include the continued geo-political tensions in Eastern Europe, global pandemics and climate change, which continue to drive the surge in international food, fertiliser and oil prices, said Dr Mangudya.

The central bank kept the policy rate at 200 percent saying it would be reviewed in line with developments in monthly inflation.

The high rate is to ensure that it is not viable to borrow local currency to speculate in the black market or even buy gold coins.

The medium-term accommodation rate would also be reviewed in line with monthly inflation and long-term productive sector funding needs.

With foreign currency-denominated loans now constituting more than half of the total banking sector loans, with effect from September 1, statutory reserve requirements would be extended to forex deposits at rates of 5 percent for call deposits and 2,5 percent for time and savings deposits to ensure continued soundness of the banking sector.

Foreign exchange retention thresholds have been maintained at 75 percent for agricultural exporters and 100 percent for tourism, recovering from the effects of Covid-19.

To further liberalise the foreign exchange market, the limit on foreign exchange transactions for individuals and micro, small and medium enterprises processed through bureaux de change will, with effect from August 15, be increased from US$500 per week to US$5 000 per transaction per month for payments that include medical expenses, educational expenses, business and holiday travel.

The weekly limit for qualifying transactions under the willing-buyer willing-seller foreign exchange trading system be increased from US$10 000 to US$20 000 per transaction, with effect from August 15, Dr Mangudya added.

“The bank strongly believes that the current tight monetary policy stance complemented by the strong will by Government to putting in place measures that deal with factors that destabilise the foreign exchange market will result in exchange rate and price stability in the near and short-term,” Dr Mangudya said.

“Thus, the decline in month-on-month inflation is expected to continue up to the end of this year and into 2023. This is essential for value preservation of the local currency and sine qua non to promote its use for transactional purposes.” 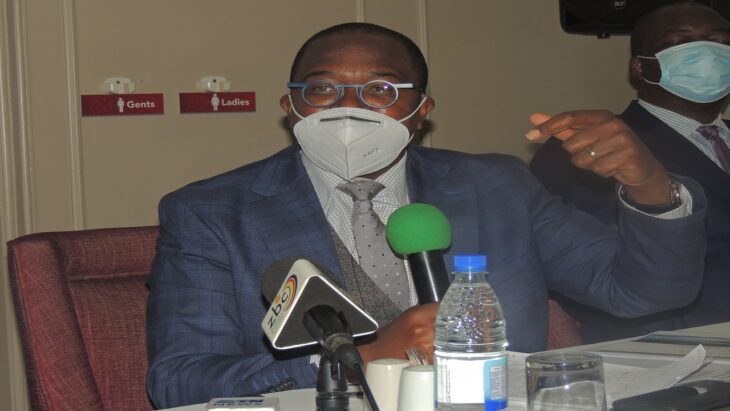 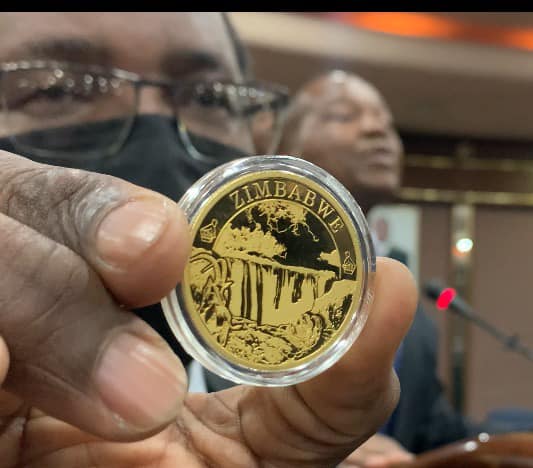 85% Of Gold Coins Sold In Zimdollars