Civil servants will get a salary increment this month, with the government offering what is available in its coffers and negotiations for a better package will continue under the National Joint Negotiating Package (NJNC).

The government last week went into a NJNC meeting with a proposal for a 25 percent pay rise effective this month followed by another 50% in June but civil servants’ representatives declined the offer.

However, Government insist that, it will affect an increment from what it can afford this month without considering negotiations.

In an interview with Mr Raymond Majongwe, secretary for progressive Teachers Union of Zimbabwe (PTUZ), teachers are saying the salary increment is nothing if the government fails to meet their demand.

”It surprise us when the government says it will pay what it affords when our demands as teachers are clear, the  government has to pay us what we are worth and we agreed on that last year, that is $USD550 or 520.” He said.

He added that as teachers unions they will leave no stone unturned in order to make sure that they reach an agreement with the government.

Meanwhile, this reporter spoke to some civil servants who are worried that the salary rise will just make matters worse since the living conditions will also rise.

He added that it is better for them to be paid in $USD.

Most civil servants described the NJNC meeting that was held last week as’ damp squib’ for failing to resolve the contentions salaries issue.

Teachers are demanding to be paid between $USD520 and $USD550 which they were receiving in 2018 before the government reintroduced the local currency. 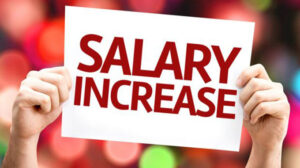